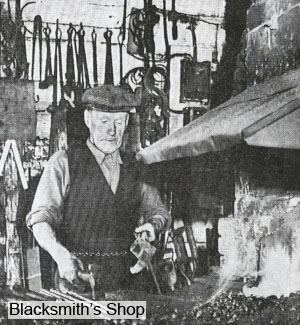 Herbert Taylor made a speech at the ‘coming of age’ celebration of his son Peter on June 27th 1936. It was reported in the Eastern Daily Press and an extract is below which described well the evolution and ethos of the company up to the Second World War.

‘To mark the coming of age of Mr Peter Taylor, eldest son of Mr & Mrs H E Taylor, of Cringleford, the employees of the firm of H E Taylor & Co Ltd, motor engineers and coach body builders, spent Saturday afternoon by the sea at Yarmouth, and later were entertained to high tea at Messrs Goodes Hotel. There musical interludes were provided by Goodes Trio, and Mr Sidney Grapes caused merriment by his Norfolk songs and patter. The party, which with friends and relatives numbered 160, travelled in five motor coaches via Beccles and Lowestoft to Yarmouth. Mr H E Taylor presided at tea, during which there were many remarks of congratulation to Mr Peter Taylor and warm expressions of the friendly relations existing between Mr Taylor, sen. and the men.

In replying to a toast to “The Firm”, proposed by Mr A Brunton, Mr H E Taylor spoke of the advancement of the business since its inception in 1890 by his father, the late Mr E T Taylor. At that time there was just a wheelwright’s shop, with one man and a boy. Later a blacksmith’s shop was added, and by steady progress they now had a sawmill, joinery works, coach building, and among other activities a motor garage the new frontage of which, of striking design, has just been completed.

Before presenting Mr Robert Harman, the oldest employee, with an armchair, Mr Taylor thanked the members of the staff and works for their co-operation, a continuation of which he felt would bring further success to the firm. 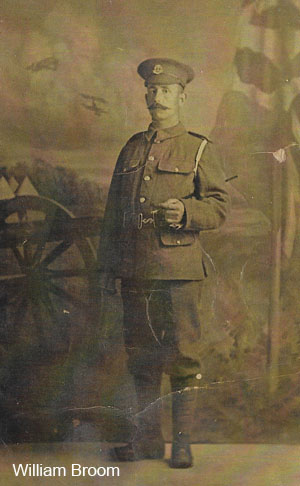 William Broom was one of the firm’s earliest employees. He was born on January 23rd to John and Clara Broom in Wroxham. The family later moved to Intwood Road, Cringleford where William went to work as an apprentice wheelwright and carpenter in March 1902 aged 14 years. William earned 2 shillings (10 pence) for a 60 hour week in his first year. Ten and a half hours Monday to Friday and seven and a half hours on Saturday. His pay increased by 2 shillings each year throughout his 4 year apprenticeship. He married Ellen Grand from Honingham in 1910 and they had three children, Lilly 1911, Raymond 1912 and Maurice 1914. William became a very respected employee of Taylors and would probably have been promoted but of course like many he enlisted into the army to fight in the First World War. On November 12th 1916 Herbert Taylor wrote a touching letter to his friend William (letter included in the section miscellaneous galleries along with William’s Indenture) saying how he was sorry to have missed him during his last leave but that he promised to provide a trade for his son Raymond in the event that William did not survive the war.

William was killed in France on August 28th 1917. He was with the 4th Battalion of the Duke of Cambridge’s Own (Middlesex Regiment) that were fighting at the battle of Arleux in an area called the ‘Chile Trench’ near Arras. Military records state that at zero hour 4.25am on the 28th April, William’s company moved forward in rear of the right attacking battalion. The darkness was intense and it was almost impossible to see beyond 20 yards. A few minutes after zero hour the German guns put down a very heavy barrage; the smoke and dust added to the confusion and most of the Officers were killed. April was a disastrous month for the 4th battalion and in only 6 days 281 men were killed including William. Amongst other memorials William is commemorated in St Peter’s Church Cringleford and also on his parents headstone in the Churchyard.

Meanwhile the blacksmith’s remained until early 1964. The Blacksmith’ shop was essential not only in serving the community with horse shoeing and metalwork repairs but in producing metal parts for the joinery and coach building shops. 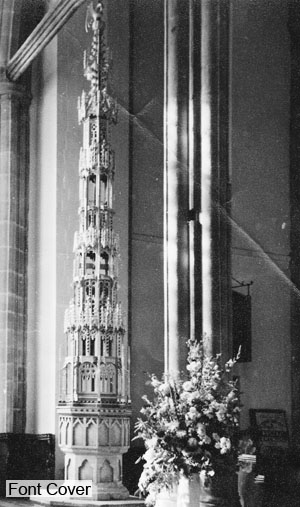 The photo is of Blacksmith Bill Jackson who worked at Taylor’s since before the First World War. In the Jewson’s Newsletter in 1964 they reported Billy’s retirement after 58 years of service and at the age of 73. He started work as an apprentice at 15 and worked a sixty hour week, from 6 am to 6 pm. His wage was half a crown, this was increased to 10 shillings in the fifth and last year of his apprenticeship. The charge for shoeing a horse was 4 shillings. He also specialised in making iron gates, railings and wall brackets and many of these can still be seen around the City of Norwich.

One of Billy’s stories “That was the first donkey I ever saw run away in my life.” He recalled. “I’d just put four shoes on him and had put him back in the cart. The man paid me for the job and was about to get on; he put one foot on the step and blast me!, the old dicky bolted forward and went down the road hell for leather. I got my bike out and chased after him. Do you know he’d gone a good mile before I caught him.”

The Royal Norfolk Show took place at a variety of locations before achieving a permanent home at Bawburgh and for nearly 50 years, Taylors were responsible for building the grand ring, cattle sheds, etc. They continued the work of maintaining the site until the early 1960’s. In the 1920s Taylors were also involved with construction works for the All England Show at Watford, Swindon and Torquay.

A letter head dated January 1930 states that Herbert E Taylor & Co had a Joinery Works, Log Sawing and Planing Mills, English & Foreign Timber Merchants and Funerals Furnished! They certainly produced some high class joinery and after production of coaches ceased in 1947, the joinery side of the business became the main focus. Many wood interiors to new offices being built in London after the war were produced by Taylors. They also specialised in Church work such as the interior of Bawdeswell Church, which had been demolished by a Mosquito aircraft crashing into it during the war. They made a new screen and furniture for Eaton St Andrew and Christchurch, an oak spiral staircase for St Nicholas Church Dereham, pews, choir stalls and pulpit for Hunstanton Church. The list goes on to 104 Churches throughout the country and includes Norwich Cathedral. The font cover illustrated is in North Walsham Church. Other notable works include doors for a hanger at an air station in Cornwall, most of the furniture at the Hewitt School in Norwich, the doors for Dover Castle, interior fitting of the Secret Research site at Orford Ness and even the gates of Blundeston Prison.

The firm also carried out funerals. Originally it would have been a question of supplying coffins; after all the company was a timber merchant and had a joinery shop. Funerals were one of the services to be retained by the family after the business was sold.

The business was struggling to make any profit and suffered from a lack of investment. Herbert held onto the reins virtually until his death in 1960 and this cannot have helped the situation. Within a few months of his death the firm was sold to Carters of Drayton and subsequently to Jewson’s.