As the number of cars on the roads increased, so the need for petrol and garages expanded and it was natural that the business should develop into services for private motor vehicles. Cringleford garage opened after the First World War, with up to 12 petrol pumps at one time. It was a natural development from the blacksmith’s work and of course was used to support the coach building business. 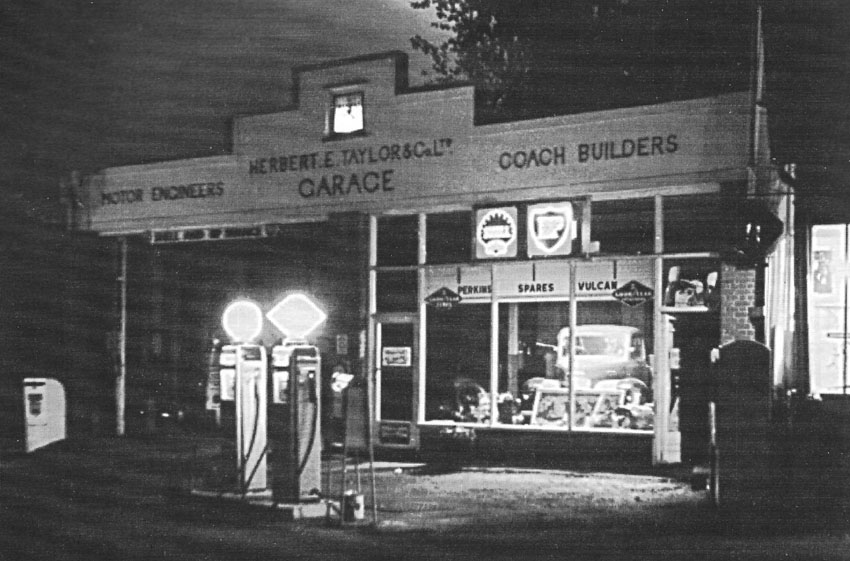 The picture above shows the Garage at Cringleford at Night

One of the pumps was coin operated and a gallon of petrol was then 2 shillings. In 1935 a new garage building was erected and after the War was run by Herbert’s youngest son Tom. He had been a Japanese Prisoner of War. ‘His daughters, well I think they got plenty of wolf whistles from the men. I think Harry Thrower had left the garage and gone on his own, so Tom must have taken over from Harry.’

Herbert Taylor’s were originally agents for all Austin vehicles and after the war supplied Peugeot cars. They also advertised that they could supply any make of car. On the commercial side Taylor’s were Vulcan Lorry Distributors. The works ran their own flatbed Vulcan Lorry. 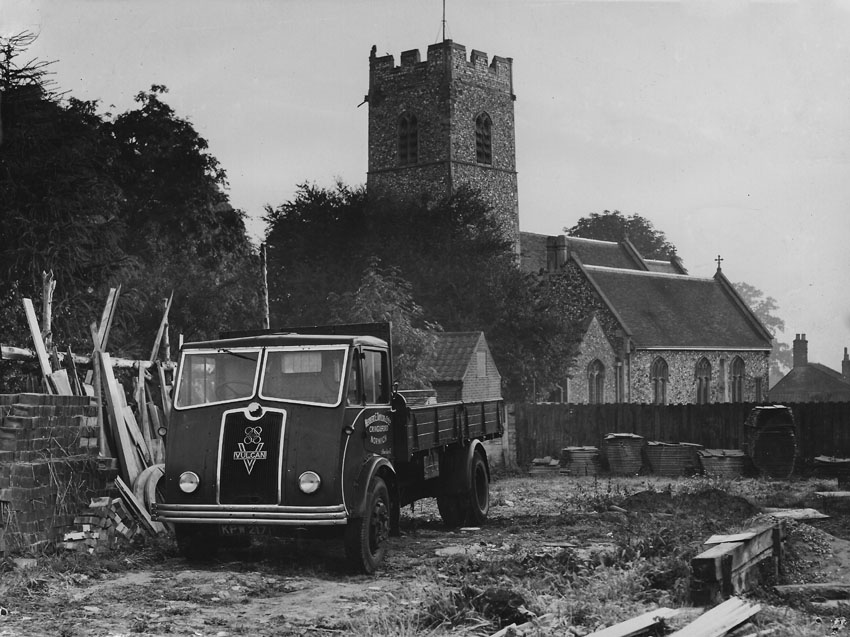 The picture above shows one of the Vulcan Lorries

During the 1950’s Chris Wright recalls. ‘as a child in the 50’s I can recall Taylor’s vehicle fleet as follows. Two pre-war flatbed Austin Lories which were painted in rich brown and had white lettering on the doors. The drivers were Tommy Turner and Dick Howes. Two Vulcan post-war lorries also in brown (note by Nicholas Taylor our home at Cavell House in Swardeston was also painted in chocolate brown must have been a job lot)! There was also an old ex WD Austin Ambulance, also painted brown. 'Inside it was a shocking thing. Seriously blood spattered on the floor, walls and ceiling. It was never painted over for some reason. I don’t think many people liked it and some said it was haunted.’ There was also a small Hillman pick-up with a tarpaulin rear cover. For yard work and local deliveries there was a three wheeled runabout, driven by Tommy Turner.

The garage in the picture was built in 1935 in an Art Deco style, painted white and had two banks of National Benzole Petrol and a single pump selling diesel. The garage was sold after Herbert’s death and eventually closed after the opening of the by-pass.