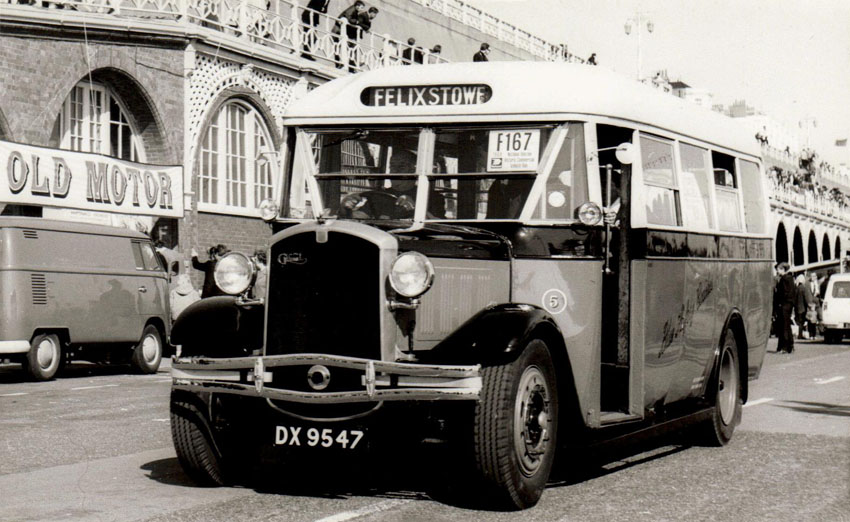 In an episode of Dad's Army the Walmington-on-sea Home Guard were assigned to guard a convoy. Among the vehicles was a 1931 Gilford, registered DX 9457 with the bodywork by Eaton Coachworks. The vehicle was supplied new to Rivers of Ipswich which traded as Blue Safety Coaches. The firm was taken over by Mulleys Motorways of Ixworth and as a result was painted orange and cream. By the 1970's the Gilford was back in its original livery, being used for private hires and film work, hence the Dad's Army appearance. The bus was sold at the Mulley's auction to Ken Jeffs of Helmdon where it was used for wedding hires etc. The bus eventually suffered a cylinder head gasket issue and was taken into a workshop for repair. Unfortunately the workshop was flooded and the coach was taken outside where it slowly deteriorated over the next few years. 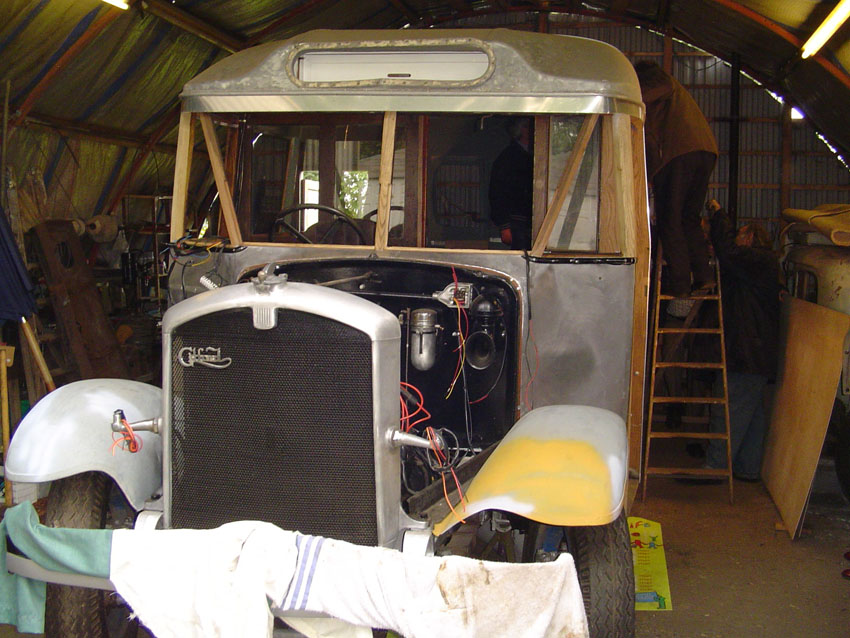 During the 1990's the British Bus Preservation Group offered to store the vehicle under cover. Following Mr Jeff's death the family agreed to let the BBPG have the coach so long as it was renovated. They offered the coach to Malcolm Skevington, a lifelong engineer with a passion for old vehicles. Although much of the ash frame needed to be replaced the chassis was in good condition and the Lycoming 4.5 litre petrol engine was able to be repaired. Malcolm and his team of volunteers, Dave Freed, Gerry Serpell-Morris, John Clarke, Bob Nicolson and Dave Stewart made a wonderful job of restoring this splendid vehicle. Hopefully this vehicle will be seen at some of the Bus and Coach Rally's. 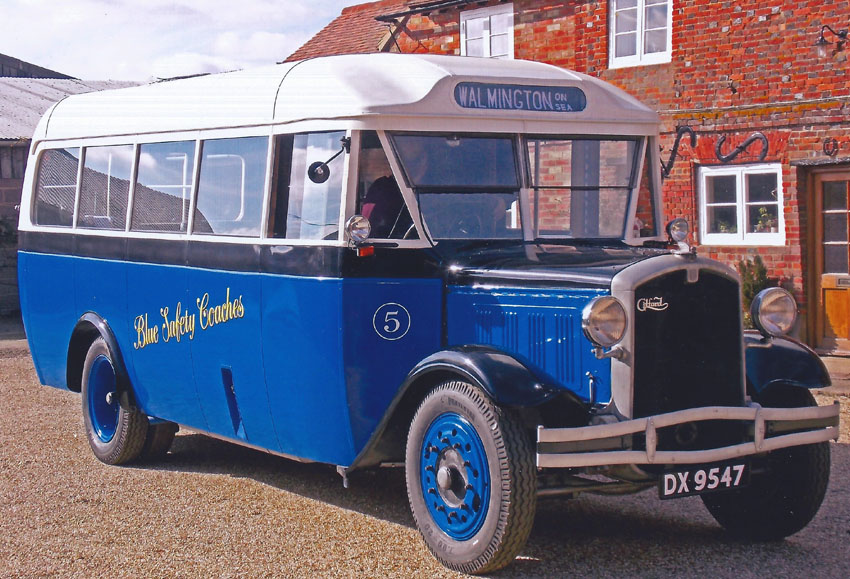 Reo Pullman - Based on the Isle of Wight 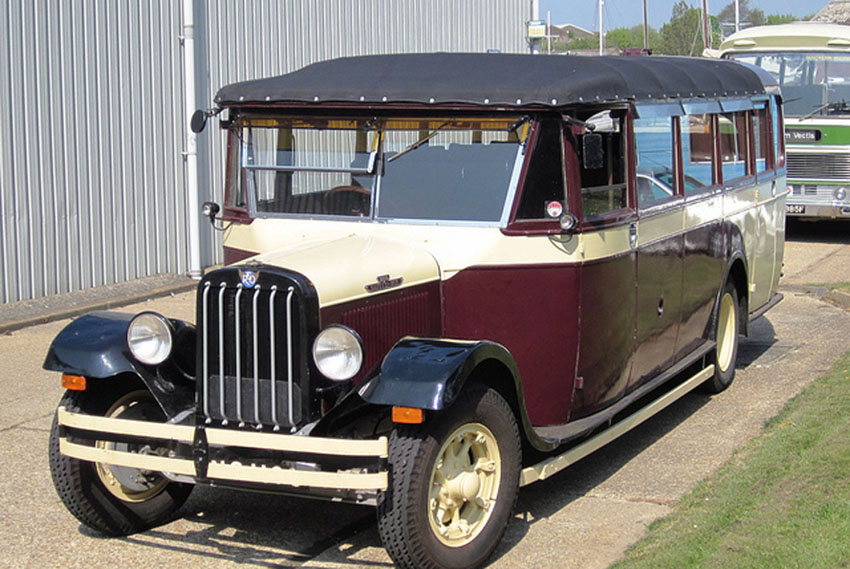 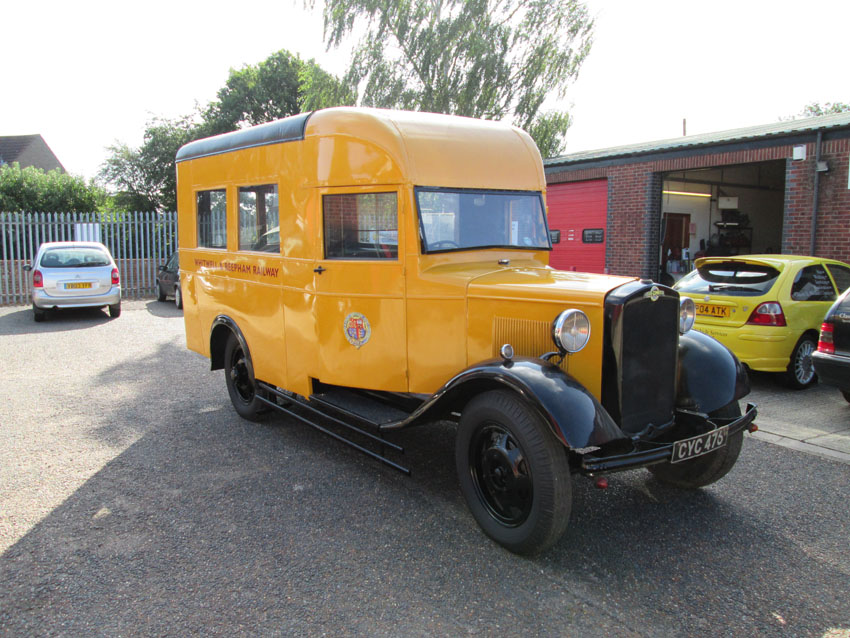 The bus was originally owned by Sidney Frank Jenkins. The bus was used on a pre and post war bus route starting at Goathurst (nr Bridgwater) picking up in Enmore and Spaxton before dropping off in Bridgwater. This was the early morning run and then the seats were removed and my late father in law who took over the bus after Sidney Frank Jenkins passed away, used to deliver coal in it and to ferry livestock to market. The bus was hosed out, seats returned and the bus then did the homeward journey in the evening operating as a bus again. Eventually when the passenger work dried up, the bus was parked up in the Orchard at Andersfield (the family home) and became a chicken coop and play thing for the 7 Jenkins children. During WW2 there was an Italian POW camp in Goathurst and my Father In Law was given the task of collecting prisoners from the camp and delivering them to local farms to work on the land. He then did the reverse trip in the evening, and so say never lost a prisoner en-route!